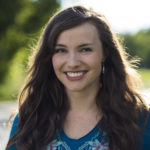 Kathleen B. Hudson lives and paints in Lexington, Kentucky. She creates landscapes in oil, both in her studio and en plein air. Her style is shaped by her close observation of nature and her desire to explore light and atmospherics in the landscape.

Hudson’s work has gained widespread recognition in recent years. In 2017, she received the Grand Prize in the 6th Annual PleinAir Salon for her painting Bright Morning, Timberline Falls, which was featured on the July 2017 cover of PleinAir Magazine. The same year Southwest Art named her an “Artist to Watch.” Her work won Best in Show at the Hockaday Museum’s Timeless Legacy exhibition in 2020, Grand Prize at Plein Air Texas in 2018, and was voted Artist’s Choice at the Forgotten Coast en Plein Air and at the Hockaday’s Timeless Legacy show. Hudson is one of the youngest artists ever elected a Fellows in the American Society of Marine Artists. She is a Signature Member of the Laguna Plein Air Painters Association and an Artist Member in the California Art Club.

Hudson began painting in childhood and stuck with it as she moved from her native Kentucky to Boston in the fall of 2005 to begin an undergraduate degree at Harvard University. During her years in Boston, Hudson came to love the beautiful New England landscape as she painted, studied mountain travel narratives, and led backpacking trips in the White Mountains. After graduating, she was selected to join Boston’s Copley Society of Art, the oldest non-profit art association in America. In 2013, Hudson returned to her hometown of Lexington and began to take part in regional plein air painting festivals. She now undertakes several national juried competitions each year, and when she’s not outside painting from life, you can find her in the studio creating larger scale landscapes that emphasize the dynamic interplay of light, shadow, and atmospherics.

Hudson tries to evoke a sense of wonder in her landscapes. Her paintings represent specific places and moments in time: the brief point during a sunrise when the sun fills the air with an ethereal golden glow; a break in a storm where light pierces through heavy clouds; or the sight of glacial runoff sending waterfalls down the side of a mountain wreathed in fog. Scenes like this are real, but because Hudson’s paintings highlight rare moments of particular beauty, they tread a fine line between the “real” and the otherworldly.