The Adventures of Dumbo & Jackass – Our Political Circus (Pair) 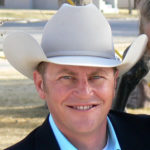