Waiting At The Bar 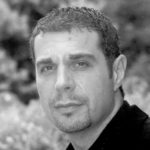