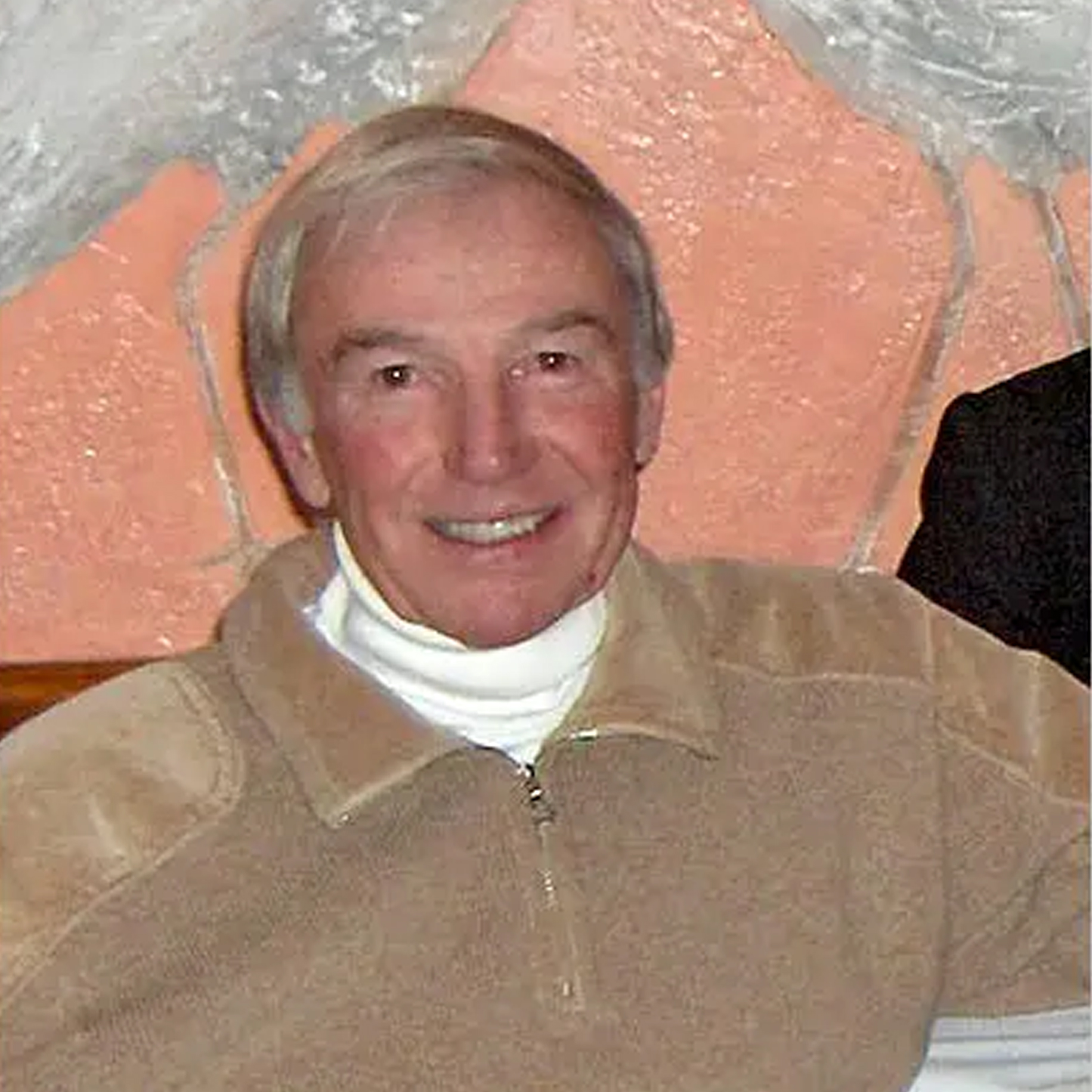 Noted illustrator and impressionist painter, Bernard Fuchs was born in O’Fallon, Illinois, and was born at home because the town had no hospital. His parents had an unhappy marriage, and the father left the family, which moved into the home of his mother’s parents in O’Fallon. For him, it was a lonely childhood, and reportedly he was very quiet. However, big band music became a part of his life, and he became an accomplished trumpet player. Also several local people were very supportive of him as he was growing up.

By the time he had graduated from high school, he had shown interest in art, primarily drawing Disney characters, but had never painted a picture nor had anyone encouraged him. Just after his graduation, he injured his right hand permanently, losing three fingers in an industrial accident. Working at a puppet factory painting heads, he was fired for being incompetent at that task.

He attended Washington University in St. Louis, and graduated with a degree from the School of Fine Arts, and amazingly, in 1962, when he was age 30 and about ten years after college graduation, he was voted Artist of the Year by the Artists Guild of New York.

After graduation, Fuchs had moved to New York City to pursue his career as a commercial illustrator and artist, and his career blossomed. He then moved East to Westport, Connecticut, and began to do editorial magazine illustration. The New York Society of Illustrators elected him to the “Hall of Fame” in 1975, the youngest artist ever to be so named. His pictures for McCalls, Redbook, Sports Illustrated, Cosmopolitan, TV Guide, and other magazines are well known, and his impact on the field of communication arts is considerable.

Fuchs is also a gallery painter and has done notable commissions such as newscaster Ted Kopple, golf professional Jack Nicklaus, and Presidents Lyndon Johnson and John F. Kennedy, whom he met just prior to the Cuban missile crisis. That portrait is in the Kennedy Library’s permanent collection.

Fuchs is the recipient of more than 100 awards, including the Hamilton King Award.

In 1992, the United States Sports Academy named Fuchs their Sports Artist of the Year. In 1996, his prints from Jacqueline Kennedy Onassis private collection were sold at auction in New York. He was commissioned by the U.S. Postal Service to design four U.S. postage stamps in 1998.

Fuchs impressive body of work focuses on historical and sports themes including limited edition prints for the PGA World Hall of Fame. His solo exhibits include works on equine art, jazz and golf, and have been displayed throughout the world. His most recent exhibitions in the 1990s include galleries in Chicago, San Francisco, Telluride, Colorado, London, New York, Atlanta, Scottsdale, Palm Beach, and Los Angeles. Group exhibitions include the United States Information Agency Graphics Exhibition in the Soviet Union.

He is known for his combination of realistic drawing and impressionistic painting, as well as varied uses of light. Fuchs paintings are richly detailed with a strong foundation of drawing. They reflect the artists fascination with sunlight and the way it illuminates all things.

Bernard Fuchs has also been an instructor, among his students is Ed Acuna who studied with him on the East Coast.