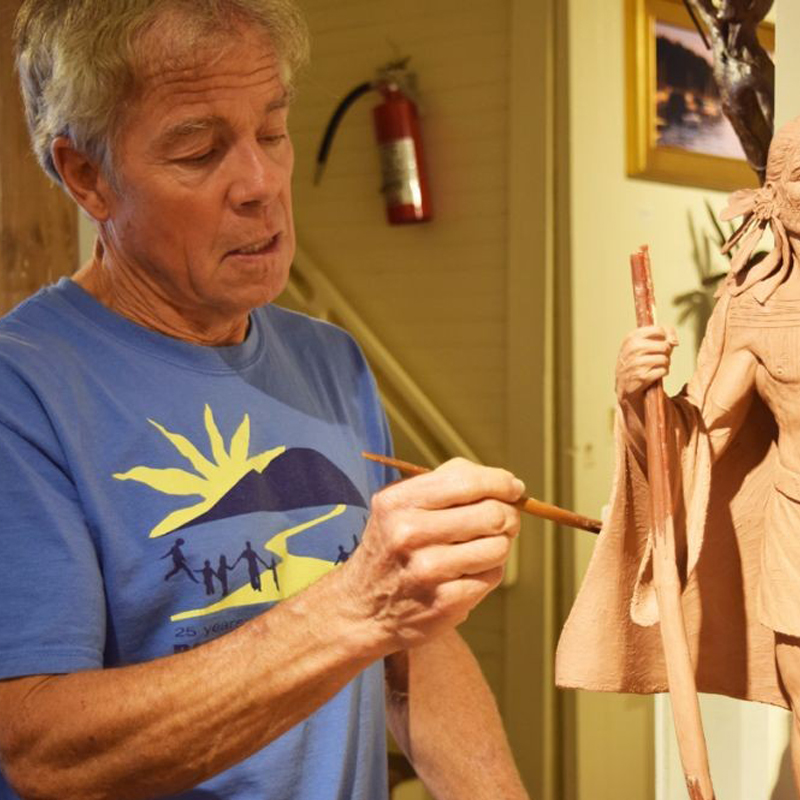 ud Hartmann was born in Cleveland, Ohio in 1948. He was raised in Bedford, New York and received his B.A. from Hobart College in Geneva, New York in 1970. His artistic career has not followed a conventional route. It was not until after college that he began to sculpt.

He is completely self-taught, and has had no formal art training. His early sculpture was in wood, stone, and marble. He now works exclusively in bronze. While a college history major, Hartmann read about the Northeast tribes and found himself fascinated.

This fascination stayed with him, and in 1983, he began what has developed into an ambitious and major life work – creating a series of bronzes of the American Northeast Indians.

Jud Hartmann’s primary artistic focus since 1983, has been the creation of a series of limited-edition bronze sculptures entitled: The Woodland Tribes of the Northeast – the Iroquoians and Algonkians. Unlike the countless bronzes depicting the American West beginning with artists like Frederick Remington and Charlie Russell, this series represents for the first time in sculpture, an exploration of the Eastern Woodland Tribes. It is far and away the most in-depth portrayal of Northeastern Indians ever done.