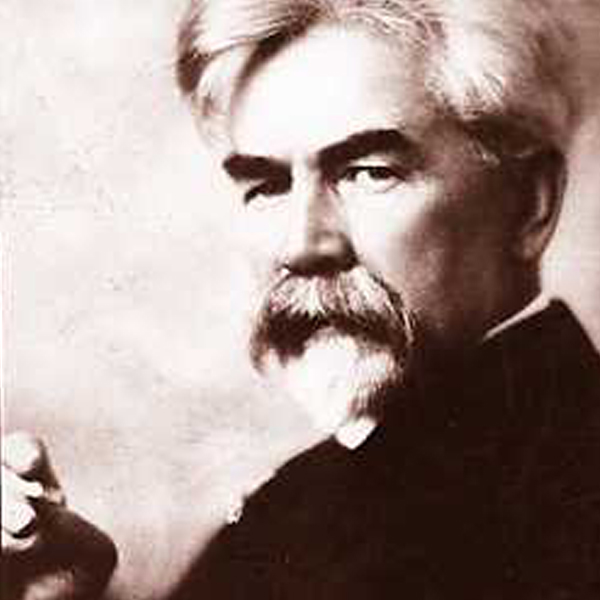 Born on 28 October 1858 in Detroit, the son of a jeweler, Julius Rolshoven enrolled at the Cooper Union Art School after being rejected by the National Academy of Design in 1876. Two years later, he was at the DÃ¼sseldorf Academy under Hugo Crola (1841-1910), a portraitist. Rolshoven transferred to Munich to study under Ludwig von LÃ¶fftz, then he became one of the “Duveneck Boys” and spent a year in Venice and some time in Florence. The Detroit Institute of Arts has his Florentine Boys (1884). He moved to Paris, now with a Venetian bride, to study at the AcadÃ©mie Julian where his teachers were Bouguereau and Robert-Fleury. For Rolshoven, things were looking brighter and he must have felt vindicated when the works he shipped from Paris ended up on the walls of the National Academy for their annual exhibitions of 1885 and 1889. Also in 1889, Rolshoven won a second-class silver medal at the Paris Universal Exposition (though his name does not appear in the official catalogue). According to Quick (1976, p. 126), Rolshoven “conducted a popular and successful class for an international group of students.” The artist sent Hall in the Doge’s Palace, Venice (ca. 1888) and A Spanish Dancer to the World’s Columbian Exposition in Chicago, in 1893 (both lost).

Rolshoven moved to London in 1896, where his wife died the following year. The artist moved away to a castle near Florence called Castello del Diavolo, practiced portrait and genre painting, and continued teaching. He submitted My Great-grandmother’s Finery (unlocated) to the Exposition Universelle of 1900, which won him an Honorable Mention. A year later, he was the recipient of a bronze medal at the Pan-American Exposition in Buffalo, where two portraits and From Tuscan Wanderings, possibly a landscape, were on view. Stebbins (1982, p. 358) mentions that Rolshoven met Chase and his group of Art Students League students in Florence, in the summer of 1907.

Still showing aesthetic curiosity, Rolshoven ventured to Northern Africa in 1910 and later executed a series of Tunisian paintings. The University of New Mexico has his Tunisian Bedouins (see Ackerman, 1994). Rolshoven fled France during the war years (1914-18). He visited the Panama-Pacific International Exposition in 1915 where he exhibited an Italian scene. The painter remarried a year later and discovered another exotic area, Taos, New Mexico, where he set up a studio and painted Southwestern Indian themes, for which he is well known. Rolshoven was elected an associate of the Taos Society of Artists in 1917. Two years later, he revisited Florence but returned to Taos regularly until his death in New York City, on December 7, 1930. There was a certain classicism in Rolshoven’s late period, for example, Donna Tosca, exhibited at the NAD in 1926. The elegant pose brings to mind the statuesque sitters of Sir Joshua Reynolds and the tight brushwork seems to represent a new direction for a former “Duveneck Boy.”

[From the archives of AskART]