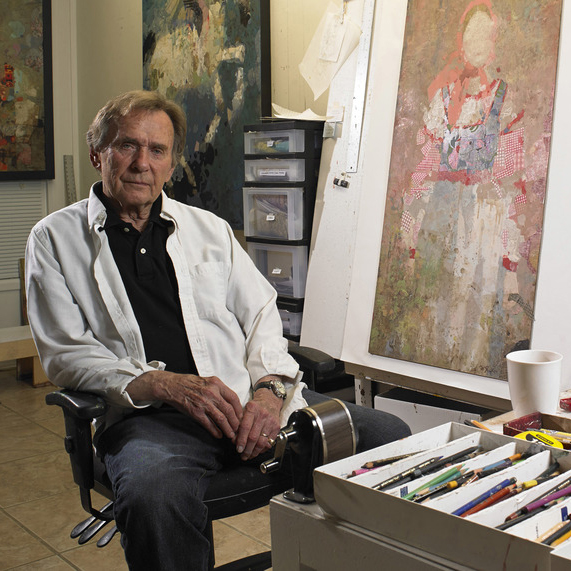 Illustrator Mark English was born in 1933 in Hubbard, Texas, and was educated at the Art Center College in Los Angeles in 1960. His work has appeared in magazines such as Good Housekeeping, The Ladies’ Home Journal, McCall’s, Redbook, The Saturday Evening Post, Sports Illustrated, and Time.

English has painted portraits of famous personalities for the National Park Service, as well as designed thirteen stamps for the US Postal Service.