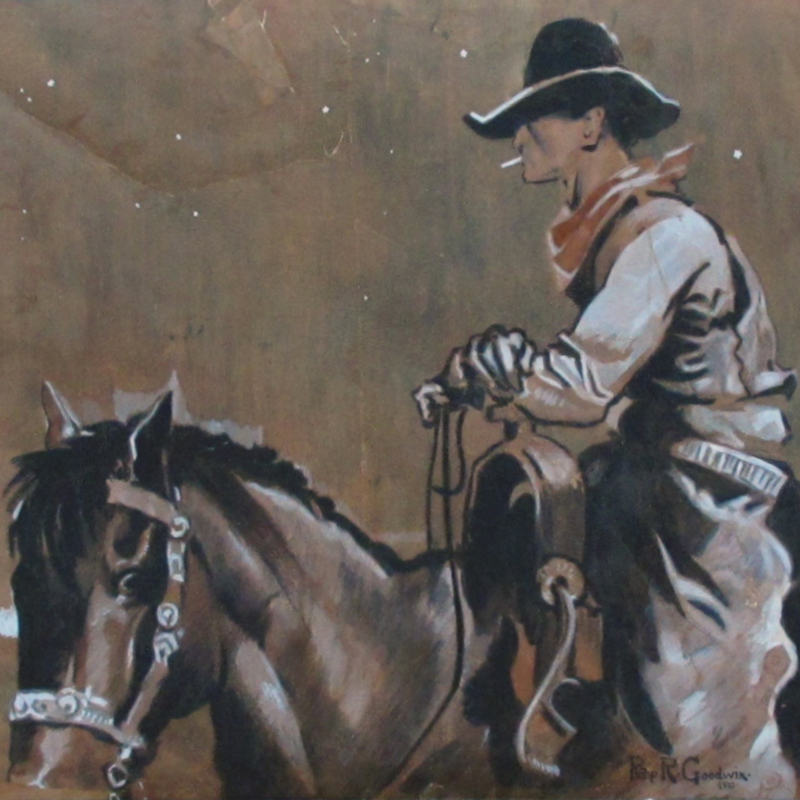 Philip R. Goodwin (September 16, 1881 – December 14, 1935) was an American painter and illustrator who specialized in depictions of wildlife, the outdoors, fishing, hunting and the Old American West. He provided illustrations for numerous books and magazines, as well as for commercial items, such as posters, advertisements and calendars. He is perhaps best known for illustrating Jack London’s The Call of the Wild and for providing the cover art for many issues of Outdoor Recreation / Outdoor Life Magazine during the 1920s and early 1930s. He is also the artist who designed the Horse & Rider Trademark of the Winchester Repeating Arms Company. Goodwin was a very private person and did not seek publicity, so not much was known about his private life during his lifetime. Most of what is known comes from letters held at the Buffalo Bill Historical Center.