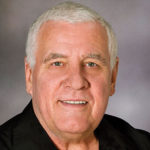 Joseph Bohler has been painting fine art for over thirty years. He has studied with such notables as Bob Lougheed and Richard Schmid. He continually paints on location and teaches workshops throughout the world. He is also a gifted musician, playing Blues and Honky-tonk piano at yearly concerts. In 2001 he released his first CD entitled “Rocky Mountain Blues.”

Bohler is a regular exhibitor in the National Cowboy Hall of Fame’s Prix De West Invitational show held in Oklahoma City in June of each year. In 1997, he was featured in a two man show at the C. M, Russell Museum in Great Falls, Montana. Since 1998, he has shown with the Masters of the American West exhibit at the Autry Museum in Burbank, California. In April of 2000, Bohler was honored in a two-man show at the Gilcrease Museum in Tulsa, Oklahoma. His painting, “The Corn Maiden” is now in the permanent collection at the museum.

In March 2001, he won the Best of Show for the fifth time at the C. M. Russell Auction in Great Falls. Montana. He conducted a seminar entitled “Plein-Air Painting, A Journey Through The Eyes Of An Artist” at that event.