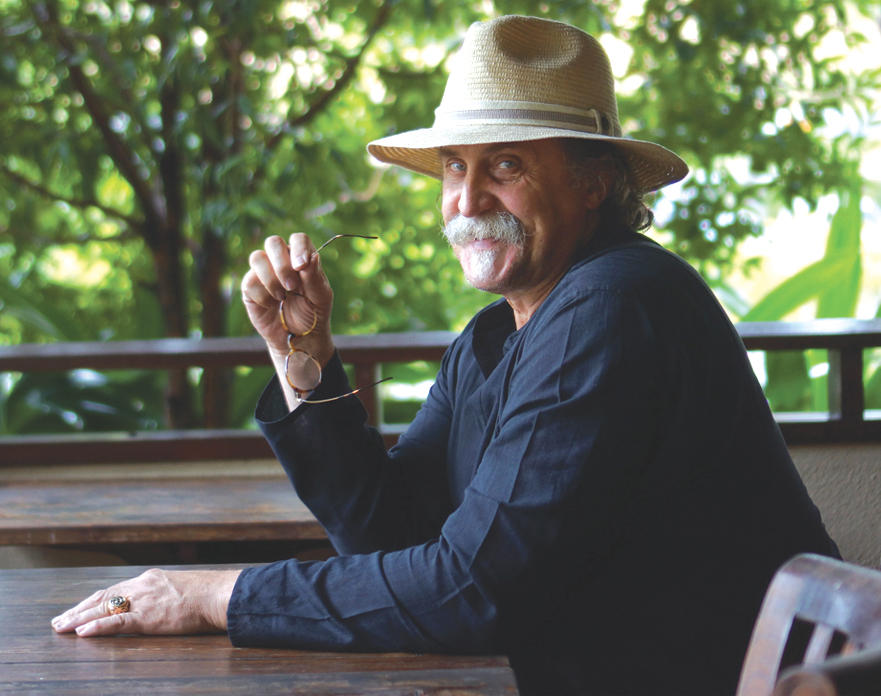 One of the most successful artists in the Czech Republic came to this country with few possessions and began selling his work, alongside with artists on the Charles Bridge.
Alexandr Onishenko, Ukrainian by birth, was not there long. The quality of his work shone out he was offered exhibitions not just in this country but also in Germany, France, Spain, U.K., USA etc.

Onishenko quickly went on to open his own gallery where you can see his new impressionist paintings. He breathes life into even inanimate objects giving them a vibrancy and personality of their own. One can explore his landscapes, see around corners in his forests, fly with his birds, gallop with horses, explore Gothic courtyards or soar with him over the rooftops of Prague. Onishenko’s paintings are full of energy and, although impressionist in style, rich in detail. His are not one-dimensional canvases, one can return to them again and again, each time discovering new depths, and hidden secrets.

Alexandr Onishenko is an artist based in Prague, CZ. Well known for his vibrant impressionist paintings, his work is exhibited throughout Europe and the United States.

Life and Career
Alexandr Onishenko was born in 1957 in Chernihiv (also referred to as Chernigov, Ukrainian) the capital of the Ukrainian province of Chernihiv Oblast. His artistic studies were encouraged and supported from an early age by his father. In 1979, he graduated from the Institute of Art in Kiev and became a member of the Russian Art Union. State regulation of the arts under the Soviet Union encouraged Onishenko and many other young artists to rebel and form an illegal artists’ collective, which was housed in the Yeletsky Monastery.

In 1981, Onishenko and several companions moved to the Tevriz district of the Omsk Provence in Siberia. After six years of “self-exile”, he returned to the Ukraine in 1987. Fleeing the increasing political turmoil in the years just before the fall of the Soviet Union, Onishenko moved to Yugoslavia briefly before settling in Prague, Czech Republic in 1991. After years of painting on the famous Charles Bridge, Onishenko met with such success that he opened his own gallery in 1994 (Galerie Jakubska) in Prague’s Old Town. Onishenko presently resides in Prague and has become one of the city’s most accomplished artists receiving both the Franz Kafka Prize and the Masaryk Academy of Sciences Award.

Artwork
The signatures style of Alexandr Onishenko’s Impressionism work includes exclusive use of the palette knife and painting on black canvases. The artist’s description of his own work as “New Impressionism” is not to be confused with the pointillism of Neo-Impressionism. Its own distinction lies in the use of a traditional impasto painting technique wherein paint is applied in heavy, textured quantity and sometimes even mixed directly on the surface of the canvas, while at the same time Onishenko departs dramatically from traditional Impressionism by beginning on a pitch-black surface. This reversal of the painting process – moving from darkness to light – brings with it the high level of contrast and vibrancy of color that the artist’s paintings are known for.

Alexandr Onishenko portrays a wide variety of subjects in his work. Still Lives, nudes, land and city-scapes are all well represented in his portfolio, but over the years one of his most famous motifs has remained his bird’s-eye perspective paintings of the rooftops of Prague. He is very well traveled and continues to be inspired in his work even years after visiting a new location.