In The Shadows Of The Wolf 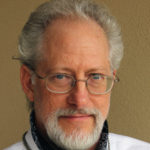 At the age of 17, Prutzer began his extensive career as the youngest background artist on staff at the Denver Museum of Natural History. He has completed more than 30 large-scale wildlife murals for natural history museums, zoos, and nature reserves in the United States and abroad, including a three-dimensional, 60’ x 30’ cheetah and grey buck diorama in South Africa.

Prutzer is one of only a handful of Americans invited to participate in field expeditions with the Artists for Nature Foundation, an international organization promoting nature conservation though art. A Colorado native, Prutzer developed and taught drawing-from-life college courses at Colorado zoos. He studied with renowned bird artist Donald Malick, museum artist William Traher, and Prix de West sculptor and painter George Carlson.

Four Decades – Four Mediums – Four Continents
Charles Timothy Prutzer officially began his career as a mural artist at the Denver Museum of Nature and Science in 1971. His murals are also in public and corporate collections including the Denver Zoologic Foundation in Denver, Colorado, the Nature Conservation Department in Transvaal, South Africa and the Rocky Mountain National Park.

His first and true passion has always been the more intimate paintings for private collections. These works have been shown in museums and exhibitions around the world, including the Beijing Natural History Museum, The People’s Republic of China; the Leigh Yawkey Woodson Art Museum, Wausau, Wisconsin; the Carnegie Museum of Natural History, Pittsburgh, Pennsylvania; the Museo Nacional de Ciencias Naturales in Madrid Spain and the Burrell Collection in Glasgow, Scotland.

Tim has been invited to work with several international wildlife projects. In 1994, he participated in the Artists for Nature Foundation’s Expedition to Extremadura, Spain. He also went to India in 1997 as part of the Foundation’s Project; Tiger at the Bandhavgarh Nature Reserve.