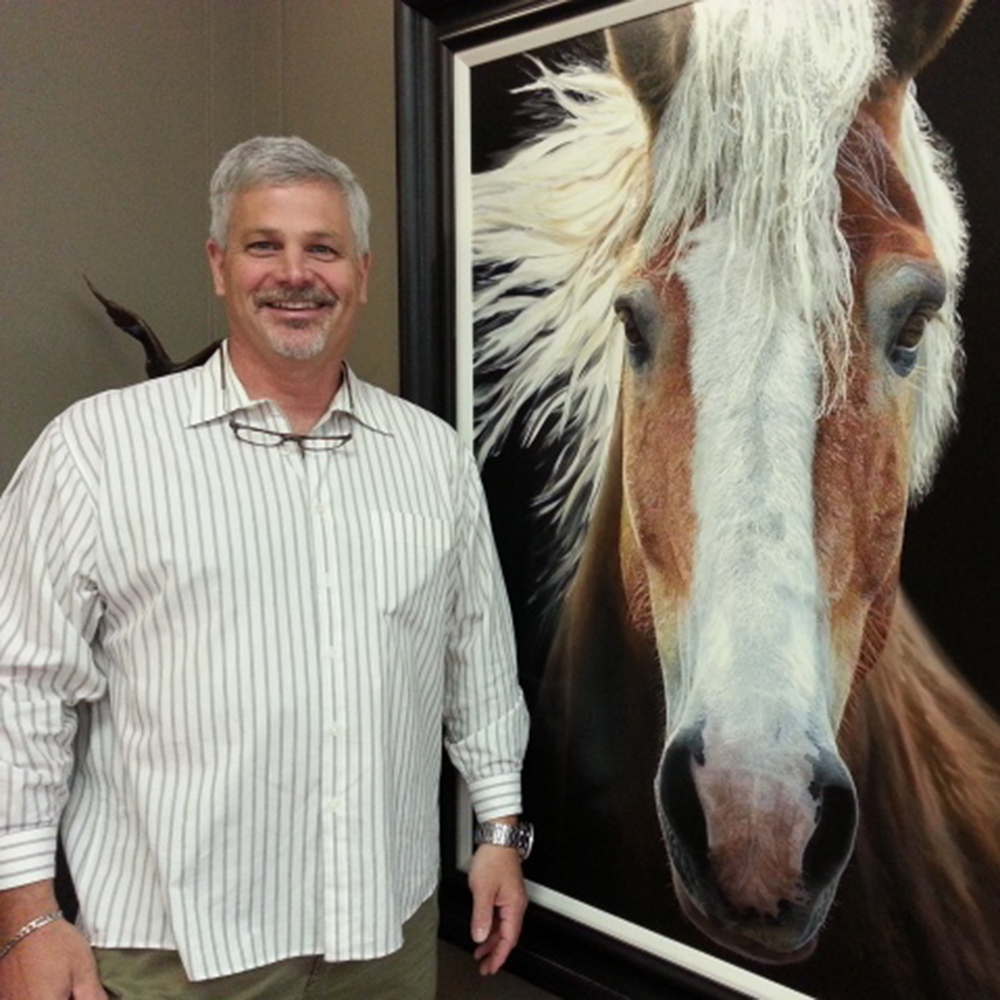 Bruce K. Lawes, is an internationally collected painter  who was born in Toronto, Canada. He has remained a resident in the area all his life, however, as the broad range of subject matter in his paintings may suggest, Bruce has a great interest in travel.  “One of  the first things you notice about the art of Bruce Lawes is the artist’s versatility; whether it be a figurative painting, a landscape or an equine his work always upholds a strong  level of quality, craftsmanship and  technical skill.”  (International  Artist Magazine  2011).

Lawes’ is a member of the Artists for Conservation (AFC) and the Society of Animal Artists (SAA) and has always had a passion for animal art and conservation but does enjoy painting other subject matter, “I can’t imagine painting the same thing over and over again”. His versitily allows him to take on projects of such variety it continually nourishes his interest and love of art . Recently, Lawes was commissioned by the Gettysburg Anniversary Committee to paint a Civil War commemorative painting for the 150th year remembrance of this tragic, yet important time in American history. As a result of his work he has raised thousands of dollars for the Civil War Battlefield and Historic Preservation organizations nominated by the Gettysburg Anniversary Committee and he continues to work with them as an ongoing supporter.

“Lawes is considered one of the top equine artists working today…” (American Art Collector 2012) and he has taken on the task to create a series of paintings depicting the Wild Mustang of North America to bring further awareness and support to these beautiful creatures. Lawes says, “The horse has played an integral part in our lives in the past, in peace time and in war and we owe them a great debt of gratitude”.

In 2011 The American Art Awards honoured Lawes with ‘Best of Show’ and ‘three first prize’ awards. Also, in 2011 International Artist Magazine awarded Lawes with the ‘Grand Prize’ for his painting in the ‘People and Figures’ category. In 2012 Lawes has won numerous awards. At the Buckhorn Art Show Lawes was awarded the ‘Arabella Magazine prize’ for most impactful painting. American Art Awards, 2012, honoured Lawes with ‘The Stoney Award’ (most overall wins) and ‘The Masterpiece Award’  (most individual wins) and ‘three  first prizes’. International Artist Magazine awarded Lawes as a ‘Grand Prize’ winner in the ‘Favourite Subjects’ category. Southwest Art Magazine’s Artistic Excellence Competition and Artist Magazine’s Annual Art Competition  acknowleged Lawes as a ’finalist’ in each of their contests. In the 2013 American Art Awards  Lawes has once again won the ‘Masterpiece Award’  and  ‘two first prizes’.

Lawes has done many personal and corporate works over the years, yet in order to give meaning to his work, he often paints with a significant theme. He continues to refine his natural talents while directing his paintings towards a greater purpose, when possible. He seeks out worthy programs that will generate public awareness and solid corporate participation. “Without the individual and corporate efforts today, we may not be able to preserve and enjoy all we cherish with our children tomorrow”.