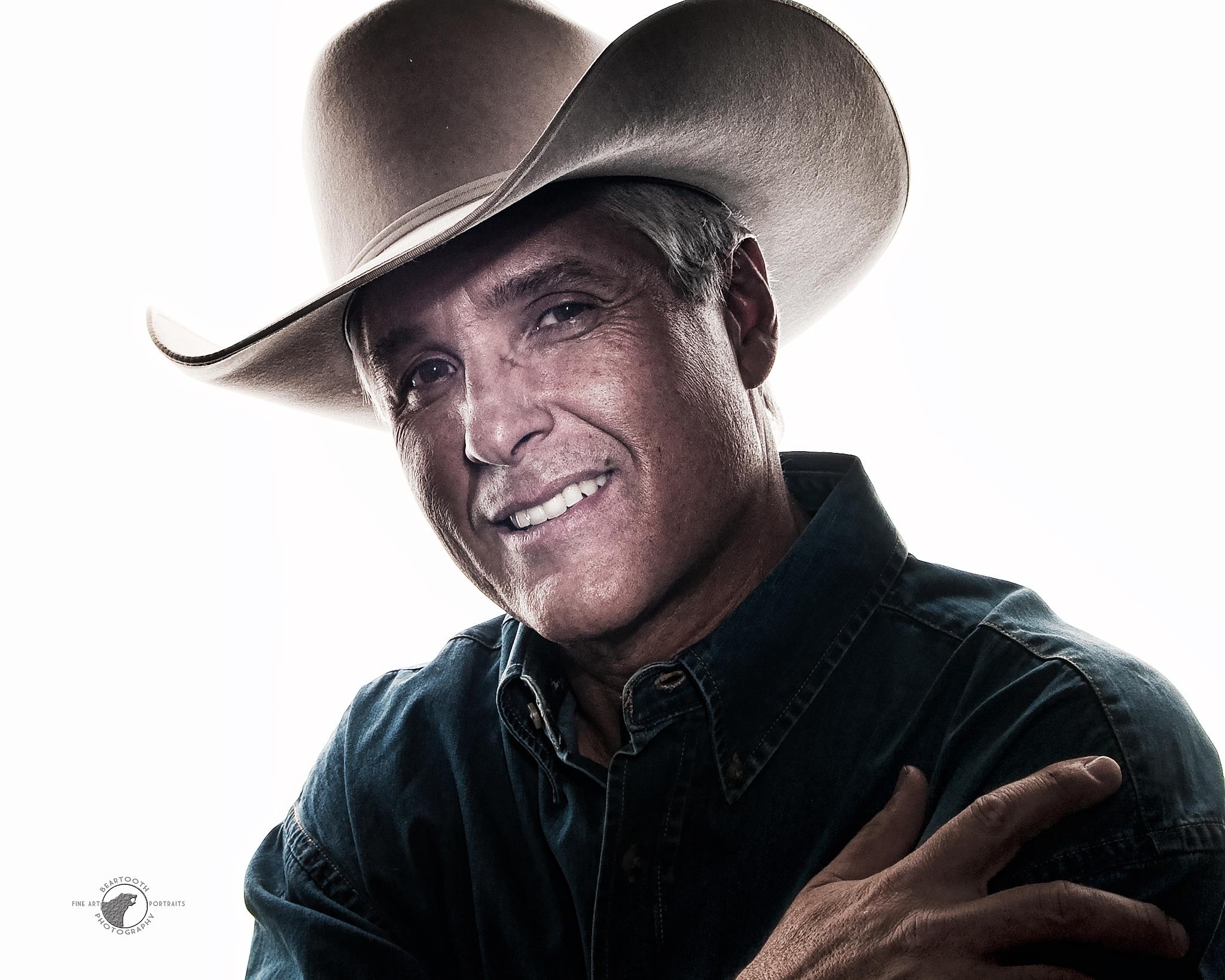 National award-winning artist Chris Navarro from Casper, WY and Sedona, AZ has been sculpting professionally since 1986, after competing professionally as a bull and bronc rider. He is best known for his large public sculptures. His work is included in 12 museum collections with over 35 monumental bronze sculptures placed throughout the country. Monumental sculptures include a 16-foot-tall Bronze of the famous bucking horse ‘Steamboat’ for the University of Wyoming and ‘The Messenger’ for the historical Alamo Mission in San Antonio, TX. Other monuments include a 15-ft saddle bronc rider at the entrance to the Stampede Rodeo Arena in Greeley, Colorado and a 14-ft World War II ski soldier in Aspen, Colorado. The Colorado State Department Of Agriculture has commissioned Chris to create a 15-ft monument titled “20% Chance Of Flurries” to honor the farmers and ranchers of Colorado. This monument was placed on the Colorado State University campus.

He was selected as the Honorary Artist for the 2015 Buffalo Bill Art Show in Cody, WY, received the 2015 Wyoming Governor’s Art Award and in 2018, the Distinguished Alumni Award from Casper College. In 2021 he received the Legacy Award and induction into the Bull Riding Hall of Fame. In 2022, he was inducted into the National Multicultural Western Heritage Museum Hall of Fame, Fort Worth, TX.

His reflections of the West have given Navarro a national following. His limited editions are coveted by collectors across the country. “Sculpture doesn’t live in a world of flat paint. It glows in the realism of breadth of dimension, shape, form, detail and artist interpretation.” Navarro’s work seems to breathe. Chris believes “family, horses, rodeo and art have been the driving passions of my life. I love what I do for a living and hope others can see that through the work I have created”.