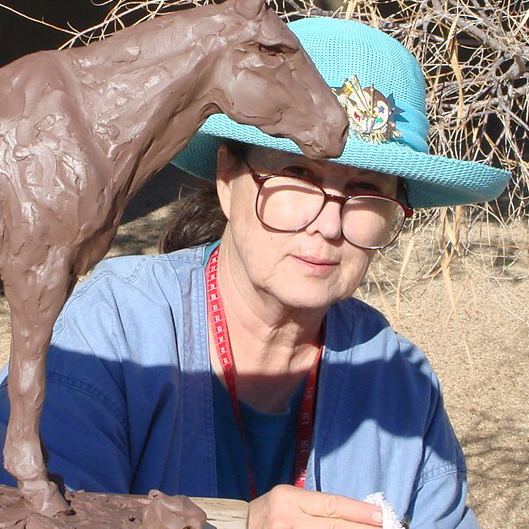 E.C. Wynne began her career as an accomplished and award-winning illustrator /designer. She has done artwork for notable companies such as Children’s Workshop – Sesame Street, The Coors Company, and Fujiya Corp. of Japan. She created the Endangered Species official T-Shirts and several children’s books, which were sold worldwide in five languages. She has won several national awards, The Printing Industries of America, the Graphic Arts Award, and the National Printers Association Award for excellence.

Then transitioning onto fine art, she incorporated her lifelong love of animals and nature into her artwork. Wynne won a variety of ribbons and honors, including “Featured Artist” of the Sedona art festival and “Best of Show” at the Plein Air Painters of Arizona. Ms. Wynne was the only woman to receive the Gold medal Artist award, from the May Galleries, for all fifteen years.

Ms. Wynne said the best award is seeing someone smile while viewing her artwork.