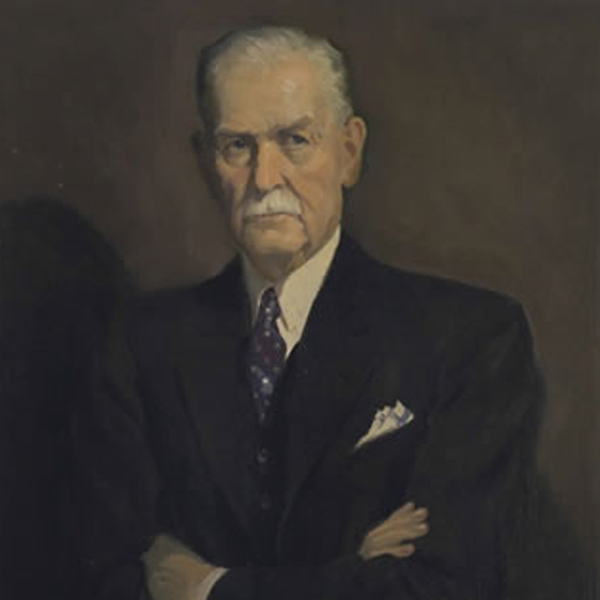 Born in Chicago, Frederic Mizen became a noted western genre and landscape painter as well as illustrator, portraitist, and art teacher. From childhood, he had heard stories of the West from his father who was secretary to three generals active on the frontier.

In Chicago, he attended the J. Francis Smith Academy of Art, studied there with Walter Ufer, and then enrolled in the Art Institute of Chicago*. He also studied at the Academy Julian* in Paris.

At age 20, he began an illustration assignment with Joseph P. Berren Studios for a Sears catalogue and continued commercial art, doing the first billboard ad for Coca Cola as well as numerous magazine covers including Saturday Evening Post, the American and Collier’s. He also was successful financially with his advertising work for automobile manufacturers to promote travel, and created illustrations for Oldsmobile, Cadillac, Packard and others.

During the summers, he painted in the West, joining Walter Ufer in Taos, New Mexico, which was becoming an established art colony. After Mizen established his own art school in Chicago, he regularly took students to Taos in the summers.

In 1931, on illustration assignment from Coca Cola, he depicted a Coca-Cola drinking group of people in a painting titled Old Faithful Inn at Old Faithful Geiser in Yellowstone National Park.

In 1936, he founded the Frederic Mizen Academy of Art in Chicago and did Indian studies and Southwest landscapes for the Santa Fe Railroad. He also received numerous portrait commissions. For eight years, 1952 to 1960, he Chaired the Department of Art of Baylor University, and he was a member of the Art Institute of Chicago.

Peggy and Harold Samuels, Encyclopedia of Artists of the American West