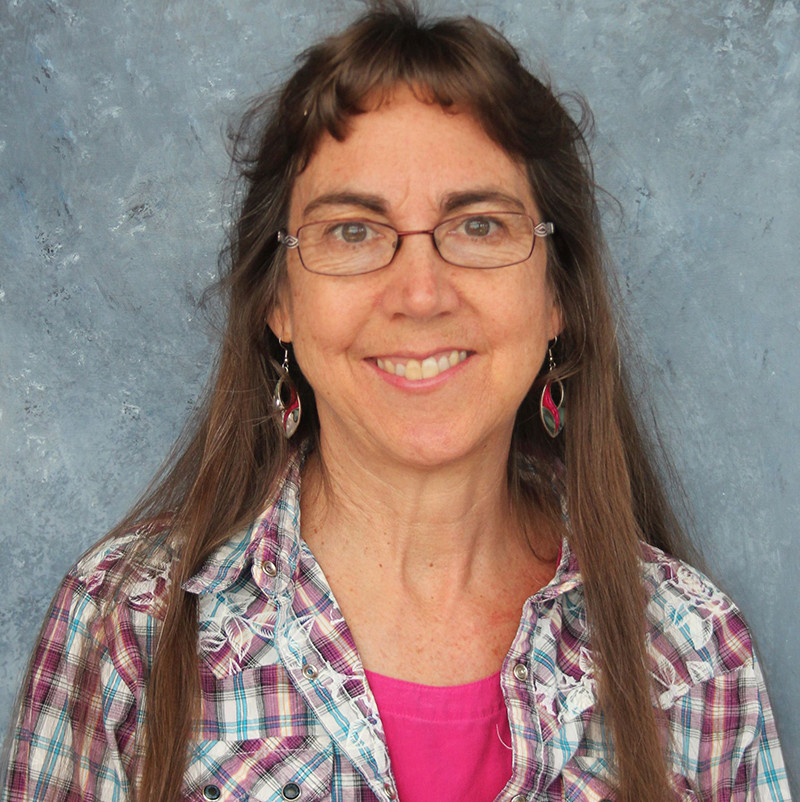 Gail Jones Sundell takes a roughly shaped stone from the earth and brings it to life. Stone has been her favorite medium since she was a child, and she has had an abundance of experience working with alabaster from her family’s quarry near Fort Collins, Colorado. While primarily
self- taught, early in her career she benefited from the influence of artists who taught at her family’s art center and from the sculptors who frequented her family’s business.

Her main subject matter; the legends, spiritual life and family relationships of Native Americans was inspired by her father’s stories and his own paintings of his early life, growing up among the Cheyenne/Arapaho Indians in Oklahoma. Since she moved to Cheyenne, Wyoming in 1981, Gail has continued to associate with and study various cultures of Native Americans to give authenticity to her work.

Gail has been an exhibiting artist in numerous shows in the West. Since 1999, she has shown in the Cheyenne Frontier Days Western Art Show and Sale, where in 2000, Gail’s sculpture was selected as one of the Old West Museum purchases. Her participation in the Cowgirl Up! Invitational Exhibition and Sale in Wickenburg, Arizona until 2021 added patrons and friends to Gail’s list of numerous private collectors. Some of the corporate collections in which she is included are the Governor’s Residence and State Museum in Cheyenne, the Community of Christ Temple in Independence, Missouri, the Art of the Rocky Mountain West Collection in Dublin, Ireland, the Bone Creek Museum of Agrarian Art in David City, Nebraska, and the Great Plains Art Museum in Lincoln, Nebraska.