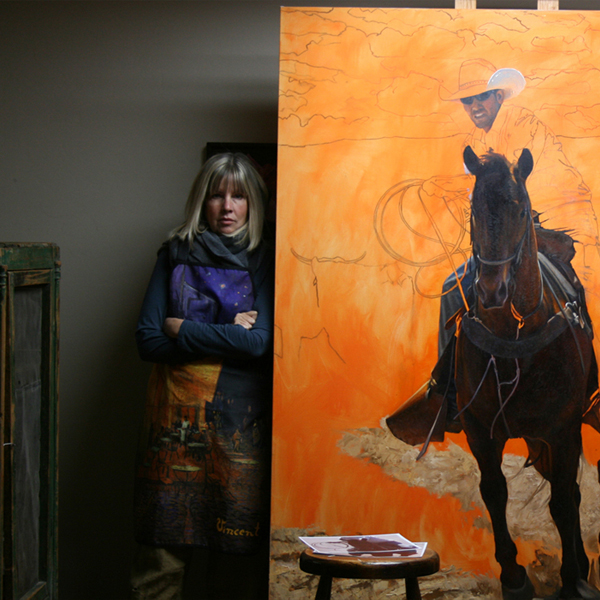 Marcia Molnar is best known for work representing her life in Arizona, where she has lived for the past 30 years. Not limited to any one subject matter, her first paintings were portraits influenced by the Wyeth family and Mary Cassatt. In 2000 she began to experiment with other subjects as grand as a sunset in Sedona to the simplicity of pears on a shelf, influenced by Ed Mell, George O’Keffee and Maynard Dixon.

Marcia says of her style-
“It’s important that my work reflect who I am and what I love. I will always be sitting firmly on the fence between contemporary and traditional realism. It would be nice if I could just settle into a box where people knew what to expect from me and it probably would make things easier for my husband, but what fun would that be? I love the rythm of paint on a canvas too much to give in to tight realism and when I simplify things I begin to miss the beautiful details I find in the world around me.”

Marcia’s father, Jay Schmidt, was an artist and a gallery owner. He started a small gallery in Carmel, CA, The New Masters Gallery, which Bill Hill took over and made it into what it is today. Her brothers, Tim Schmidt and Brad Schmidt are artists as is her husband, George Molnar.