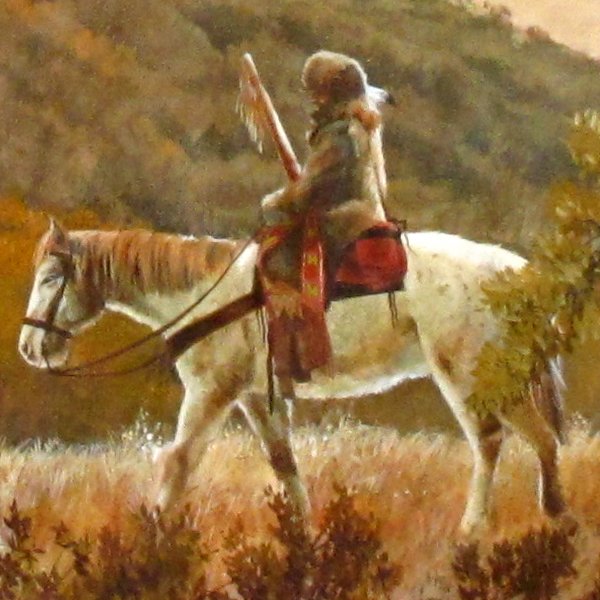 Robert Dorman still owns the tiny cowboy boots that his parents bought him when he was 3 years old. Indeed, Dorman’s fascination with the history and myths of the West began early and continues today in his artwork. “I guess I never really grew out of my intrigue with the mountain men, cowboys, and folk  heroes,” Dorman says.

Although Florida, where he makes his home, is not exactly known for cattle ranches or cowboys, there are, in fact, rodeos that take place about 10 miles from his front door. Dorman also regularly travels to the West to get additional inspiration and reference material for his paintings, which depict ranchers, riders, and rodeos. He has a special interest in portraying what he believes is the strong bond that exists between riders and their trusty steads.

Norman Rockwell, Andrew Wyeth, Howard Terpning, and Clark Hulings are among the artists who have influenced his current painting style, Dorman says. Whether he is creating figurative, landscape, wildlife, or western works, the paintings usually feature an impressionistic background with realistic focal points. Having been a commercial artist for many years, Dorman carries a few tools of the advertising trade with him into his fine-art career. “It is important to me to express detail in my paintings, to enjoy the process of creating and telling a story, and then to share the enjoyment with others,” he says. —Bonnie Gangelhoff