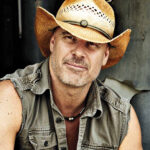 Some of the most awe-inspiring landscapes, in places like Alaska, Arizona, Hawaii, Nevada, California, New York, Utah and several more are shot by an Australian landscape photographer – Peter Lik. He stands at the pinnacle of photographing stunning scenes and consequently becoming a world renowned personality.

He was born after World War II, in 1959 in Melbourne, Australia. On his eighth birthday he was gifted a Kodak Brownie box camera and he used it to take the first photo of his life. He photographed a spider web in the family home’s garden. Then onwards whenever he went on a family holiday, he took photos of the ocean and the country scenes around him. This practice continued even when he went on road trips into the backwoods of Australia and into the city. He was often accompanied by his friend, Michael Plumridge, who was a photographer himself.

Lik educated himself about this craft and then made a life changing verdict of going to America in 1984. A significant moment in Lik’s life was when the panoramic camera was introduced to him. With this amazing tool, he went back to Australia to capture the vastness and exquisiteness of the South Land. He then opened his own publishing company of fine art and a gallery in his hometown.

In 1989, he revisited the United States and as the millennium hit, he went on a cross-country trip to all the 50 states to photograph anything he felt was worth capturing into his reel. he traveled 50,000 miles and spent thousand rolls on this venture. The highlights of this trip are mentioned in Spirit of America, his book.

His work has been sold for millions of dollars and he owns thirteen galleries. Famous people like celebrities and presidents are counted in his list as the collectors of his work. After From the Edge with Peter Lik, a television series produced by NBC, Lik has become a household name.

Lik’s masterpieces include Sacred Sunrise, Ancient Spirit, Tree of Life, Ghost and Angel’s Heart. A photo by him, titled One, was sold for one million dollar and from then he was considered an exceptional photographer with no boundaries of imagination and achievement.

In May 2011, a photo shot in Antelope Canyon in Arizona, Ghost was included in a exhibition at the Smithsonian Institution, National Museum of Natural History. Consequently, he won the category: Art in Nature for Nature’s Best Photography at the Windland Smith Rice International Awards in 2010. Additionally, his piece called Inner Peace also won in 2011 in the same award ceremony at Smithsonian Institute.

Peter Lik’s main styles in taking photographs are either horizontal or vertical panoramic views. Another thing that is good about this man is that he presents his photographs with equal effort. As much as the photo is important, its framing, printing and quality of paper is also important.

Many viewers find a kind of “glow” in the colors of his photograph prints. They often feel that there is light behind the frame – a rather mysterious yet successful approach by Lik. He seems to be using a unique printing style or are the pictures ‘photoshopped’? Images by him have become an inspiration for many young photographers who are also willing to work on sceneries, landscapes and cityscapes.